Mapping Covid-19 in a Segregated City 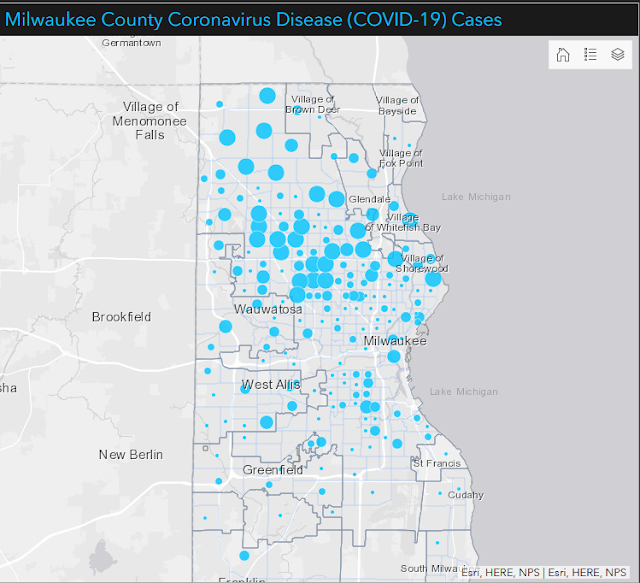 Keeping that image in mind, I want you to look at another city view. Milwaukee is an extremely segregated city. Here is a map of where people of different races and ethnicities live in the area, as of the last U.S. Census (each tiny green dot represents an African American person, each blue dot represents a white person, each orange dot a Latine person, and each red dot an Asian individual): 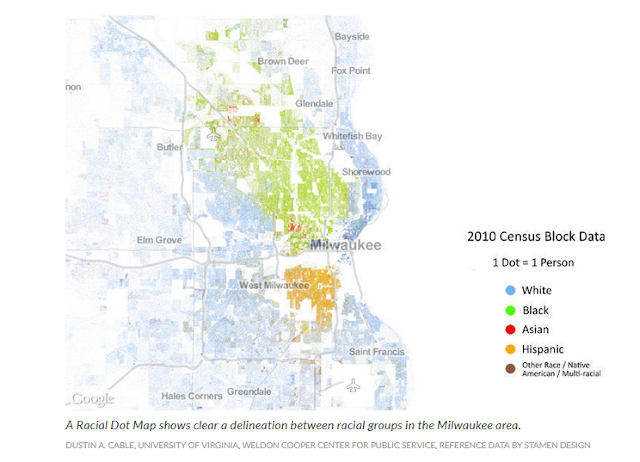 Look what happens if we superimpose these (sorry about the quality of this quick image layering): 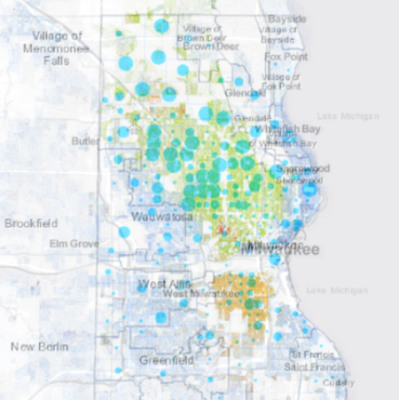 It's not as if Covid-19 is only impacting neighborhoods occupied mostly by people of color. The mostly-white suburbs of Shorewood and Whitefish Bay both have a substantial number of confirmed cases, and 90%-white Wauwautosa and West Allis a moderate number. But just look at all the cases on Milwaukee's north side!

That big splatter of blue dots in the center and northwest of the map overlies mostly African-American neighborhoods in a city starkly divided not just by skin color, but by opportunities. Wisconsin has the worst racial disparity in college degree attainment of all the 50 states, and the second-worst disparity in high school graduate rates. The racial gaps in incarceration are extreme, as are disparities in employment rates and home ownership. These disparities mean that race and income are tightly linked, so we could also describe the big splash of dots on the map as splattered over Milwaukee's impoverished areas.

I'm sure there are many complex, interrelating factors at play that explain the high number of confirmed Covid-19 cases in segregated African American neighborhoods. There's housing density. Inadequate access to health care. Poorer health in general resulting from living in food deserts and dealing with the stressors of segregation, poverty, constant police surveillance, etc. There's poor quality housing and unhealthy air, which cause higher rates of asthma, which in turn increases the chance of developing dangerous pneumonia from Covid-19.

Whatever the causes, I wanted to put this information out there for people to see. We've all heard endlessly about how this pandemic is disproportionately impacting old people. But the fact that it is disproportionately impacting poor folks and people of color isn't something I've heard much of anything about.Yet the first 8 Milwaukee residents whose deaths were confirmed to have been caused by Covid-19 were all African American.

Cynically speaking, maybe that is for the best. White and wealthy Americans have old people in their families, which motivates them to accept the sacrifice of isolating themselves in their homes to slow the spread of the pandemic--but if they considered it a disease hurting "those people," one might worry a substantial number of them would stop caring. Obviously, that would be both morally repugnant, and stupid. If instead of flattening the curve of the spread of the virus, we bump it up by going back to our non-pandemic ways, then millions die, and all of our families will be impacted, including families of people who are white and/or of the investor class.

But just because it would be stupid and wrong doesn't mean it wouldn't happen.

So let's just be very clear: most crises impact the poor and the marginal more heavily. This is not some Covid-19-specific trend. For example, the roughly two thousand people who died in New Orleans as a result of Hurricane Katrina were disproportionately old, poor, and/or African American. That doesn't mean we should stop preparing for hurricanes! In a healthy and ethical society, what recognizing the disproportionately heavy toll disasters and pandemics have on the socially marginal would lead to is efforts to reduce marginality. The reason the socially marginal are hurt more by disasters and plagues is because they have bad living conditions, lack of access to nutritious foods, poor health care, etc. And those are things we have the power to do address.

Let us hope that this pandemic is helping people rekindle the empathy that is vital to any society. If it is, the quick-and-dirty map superimposition I've posted here will serve as a prompt that we need to pay attention to patterns of Covid-19 impact other than variance by age. We should be looking at income, at race/ethnicity, and other dimensions of inequality--and we should be doing so with an aim toward lessening this disparate impact. Older people are more vulnerable to Covid-19 for reasons that relate substantially to biology that we cannot change. But people who are facing poverty and discrimination are more vulnerable for reasons that are social--and that we can do something about.

Popular posts from this blog

Who is Out There on the Streets? 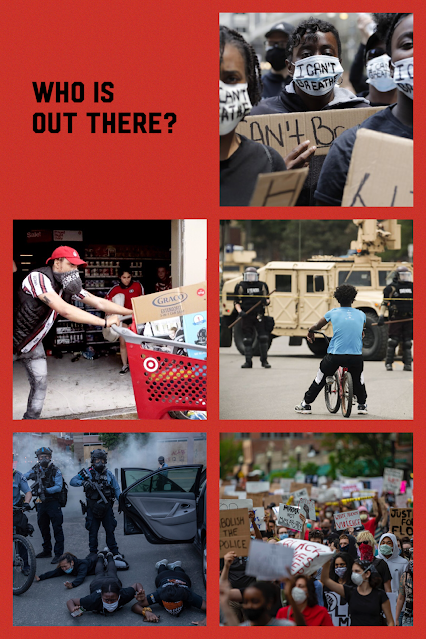 [This post was written as protests in the wake of the murder of George Floyd by Minneapolis police were spreading around the U.S.. Curfews were beginning to be set in major cities and National Guard being mobilized. Major media outlets were alternating clips from the video of officer Derek Chauvin kneeling on Floyd's neck for nearly 9 minutes with stories about looting and scenes of flames. The Minneapolis mayor had declared the uprising "domestic terrorism," and Trump had just threatened to send the U.S. military into cities without consent of their governors to force order on the populace. It seemed to many that the U.S. might descend into chaos, military occupation, or civil war. Yet every day, despite threats and negative media portrayals, more and more people were taking up Black Lives Matter signs and heading out into the streets.]_________________________________________________________________________________
I hear a lot of people asking that question Marvin Gaye…
Read more

Contemplating the 2020s: On Amazon Shopping, MSG, and Internet Nazis 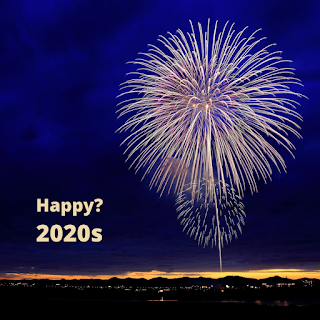 The start of a new decade is always a time when people reflect on the past and make predictions for the future. In peacetime, this is usually a happy and effervescent project. For more than a century, it has involved dreaming of flying cars, vacations in space, and robots that take care of us, instead of displacing us from our jobs. But 2020 arrives at a more anxious time. In the U.S., we may not be at war, but we don't feel at peace. This is the context in which I am contemplating our era and writing this post.

It will meander rather wryly, and discuss consumer goods, and then there will be a bonus Nazi appearance! Very 2020.


Like many of you, I work long hours. The winter holiday season, when it comes, is a nice respite from the usual hectic pace of work--but it's mostly another flavor of frenetic, traveling to see family, touching base with old friends, and catching up on projects postponed for the "break." I do try to set aside a lit…
Read more

Dr. Cary Gabriel Costello
I'm a sociologist, scaler of boundary walls, and an intersex gender transitioner. Come journey with me! I blog about intersex issues at http://intersexroadshow.blogspot.com/, and about trans issues at http://trans-fusion.blogspot.com/. If you are interested in contacting me or having me speak to your organization, please email intersexroadshow@gmail.com.